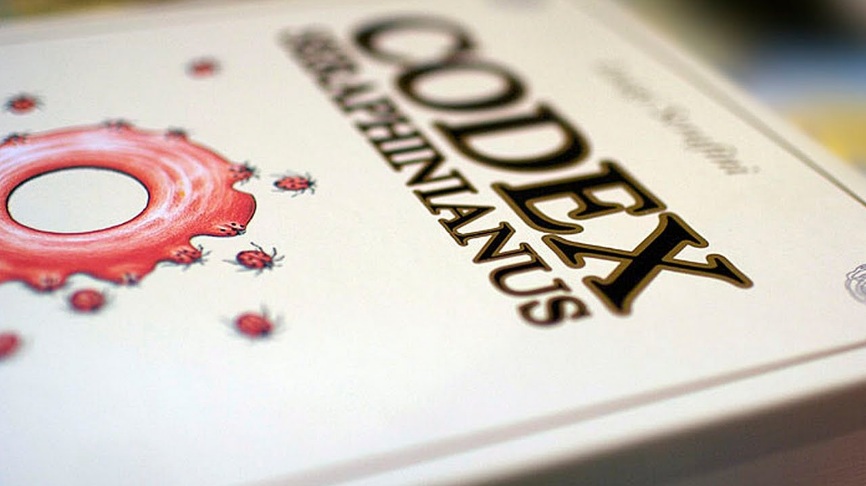 Codex Seraphinianus is an illustrated encyclopedia of an imaginary world, created by the Italian artist, architect, and industrial designer Luigi Serafini during thirty months, from 1976 to 1978. The book is approximately 360 pages long (depending on edition), and written in a cipher alphabet in an imaginary language. 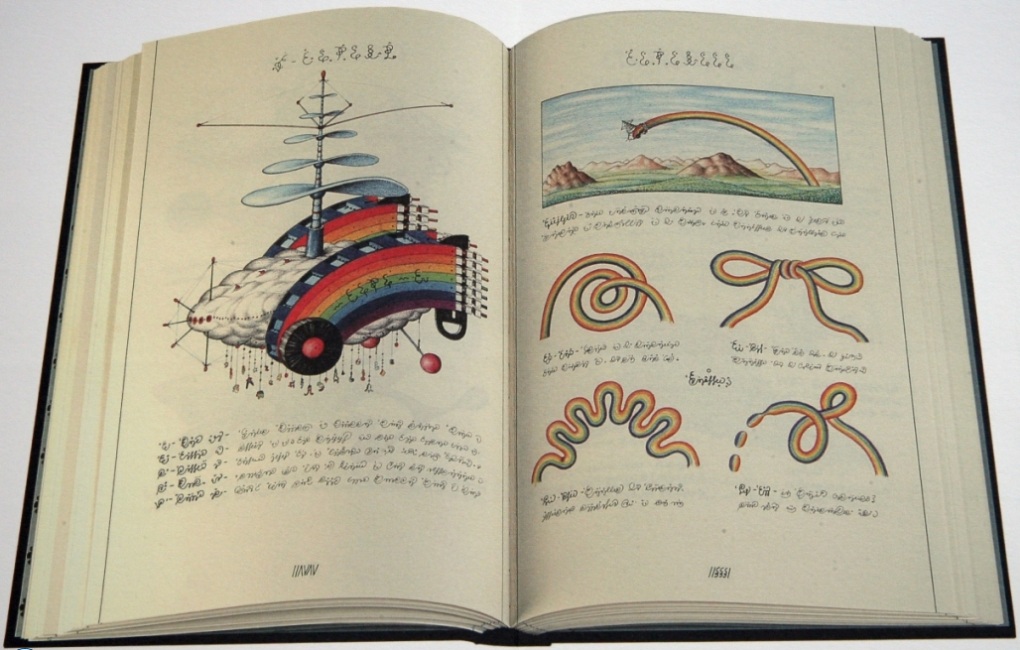 Luigi Serafini: “The combining of a text and an image, we all know, generates a semblance of meaning, even if we understand neither the one nor the other. Do you remember how, when we were children, we’d leaf through picture books and, pretending we could read before the children older than us, fantasize about the images we saw there? Who knows, perhaps unintelligible and alien writing could make us all free to once again experience those hazy childhood sensations”. 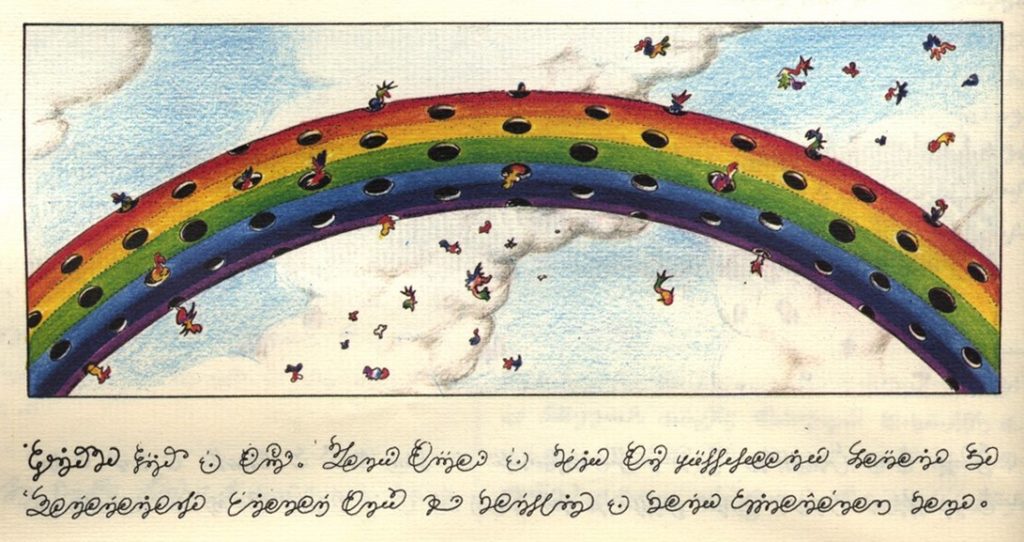 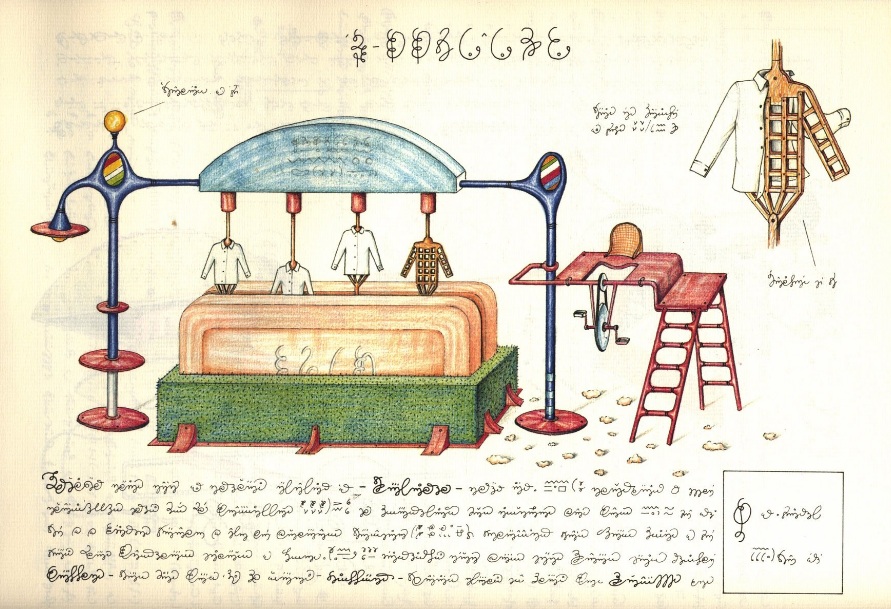 The book is an encyclopedia in manuscript with copious hand-drawn, colored-pencil illustrations of bizarre and fantastical flora, fauna, anatomies, fashions and foods.

It has been compared to the Voynich manuscript, “Tlön, Uqbar, Orbis Tertius”, and theworks of M.C. Escher and Hieronymus Bosch.

The illustrations are often surreal parodies of things in the real world: bleeding fruit; a plant that grows into roughly the shape of a chair and is subsequently made into one; a lovemaking couple that metamorphoses into an alligator; etc. Others depict odd, apparently senseless machines, often with a delicate appearance, kept together by tiny filaments. There are also illustrations readily recognizable as maps or human faces. On the other hand, especially in the “physics” chapter, many images look almost completely abstract. Practically all figures are brightly coloured and rich in detail. 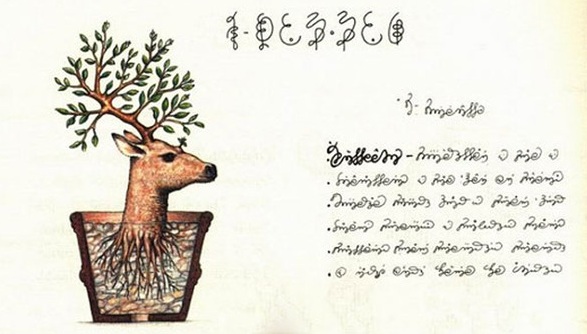 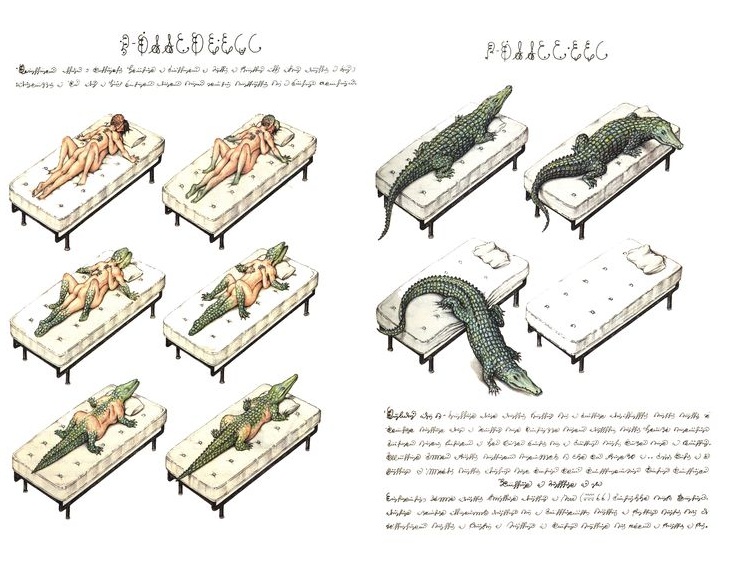 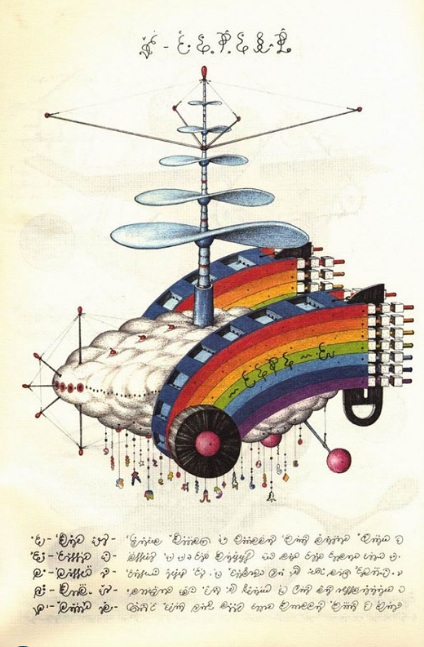 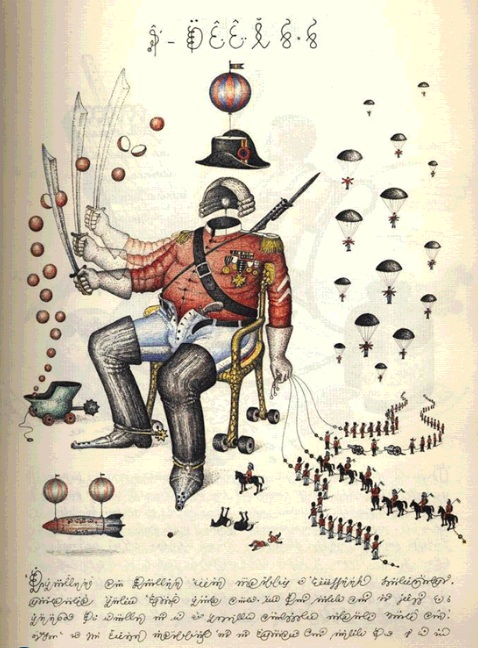 Online version of the Codex Seraphinianus